Last year, M came home from school with a brilliant misunderstanding that produced an adorable jelly belly hamantaschen recipe – perfect for making hamantaschen with kids! If you want something savory, try Rochel’s delicious sauteed veggie savory hamantaschen that was a huge hit at our family party last year! Or, scroll down for this kid-friendly idea. Disclosure: this post contains affiliate links.

“Mommy, do you know what we’re supposed to put inside Hamantschen? Jelly Bellies!”

I thought that was a brilliant idea at first, and M has a tendency to have good, original ideas. So when he started insisting that Morah said that’s what we’re supposed to do, it finally clicked. Jelly. Jelly bellies. We’re not big PB&J people, so he probably didn’t even realize what his teacher meant by jelly. And he heard what he wanted to hear: Jelly Bellies. 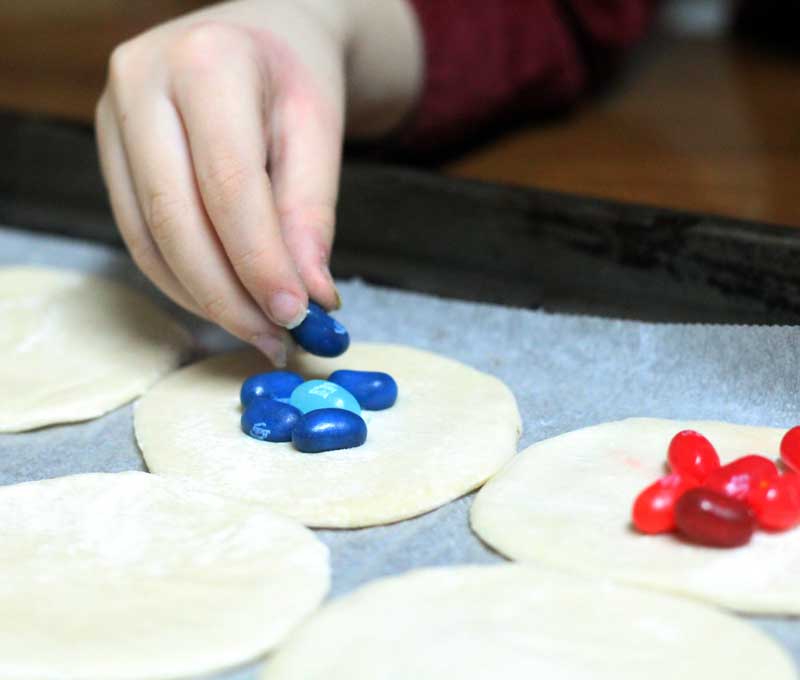 But I decided to give it a go, and it was a huge hit. M was able to help count out jelly beans, and match same-color ones on each round, making it an accidental educational activity too!

We repeated it and improved on it this year too. 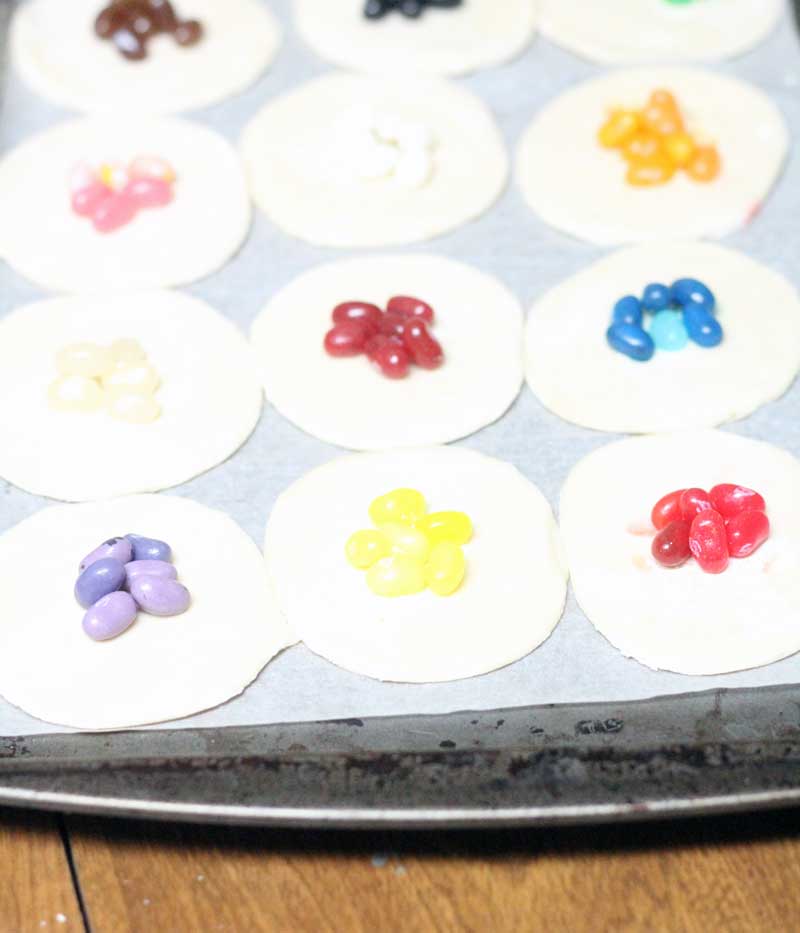 Last year, I was in total “lazy mode” and learned a trick: you can use mini pizza dough rounds for Hamantaschen! If the filling is sweet enough, they’ll taste good.

We made our Jelly Belly Hamantaschen with those and they were heavenly… fresh. 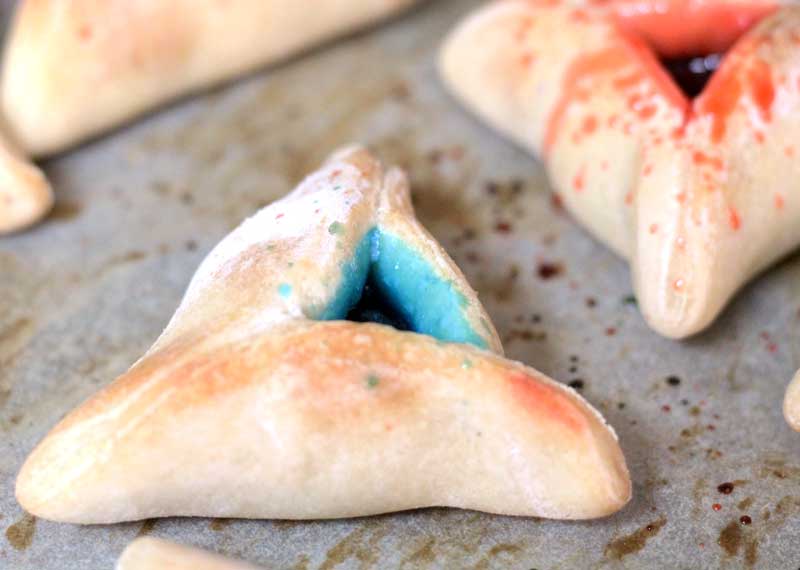 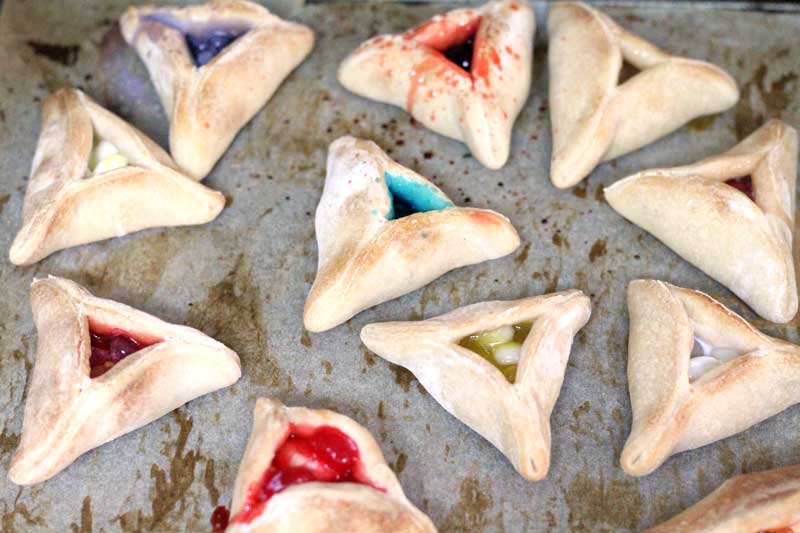 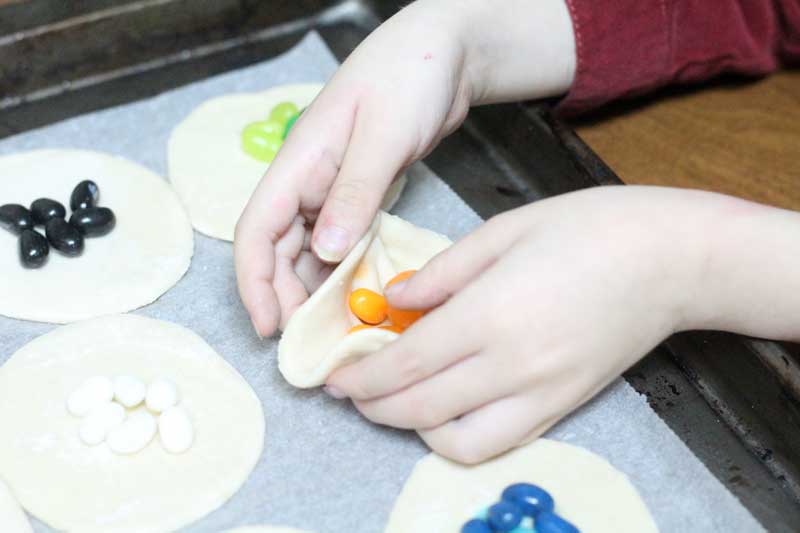 However, from the freezer, they were simply not that appealing.

We put six Jelly Bellies into each round, brushed it with water, and baked according to package instructions. The dough puffed up, so six was our magic number.

This year, we ditched the pizza dough. I made Tori Avey’s parve hamantasch dough minus the orange.

We cut the rounds out of a glass. I forgot the trick of brushing the ends with water so that the corners stick (I have no idea if it works with this dough but it’s worth a try) , and pinched each corner really hard. It’s delicious both fresh and out of the freezer.

Our mistake: we used the same six jelly beans. Since this dough does not rise like pizza dough, you’ll need to fill it more! I’d say eight is probably the magic number – I’ll update this post if we do another batch. 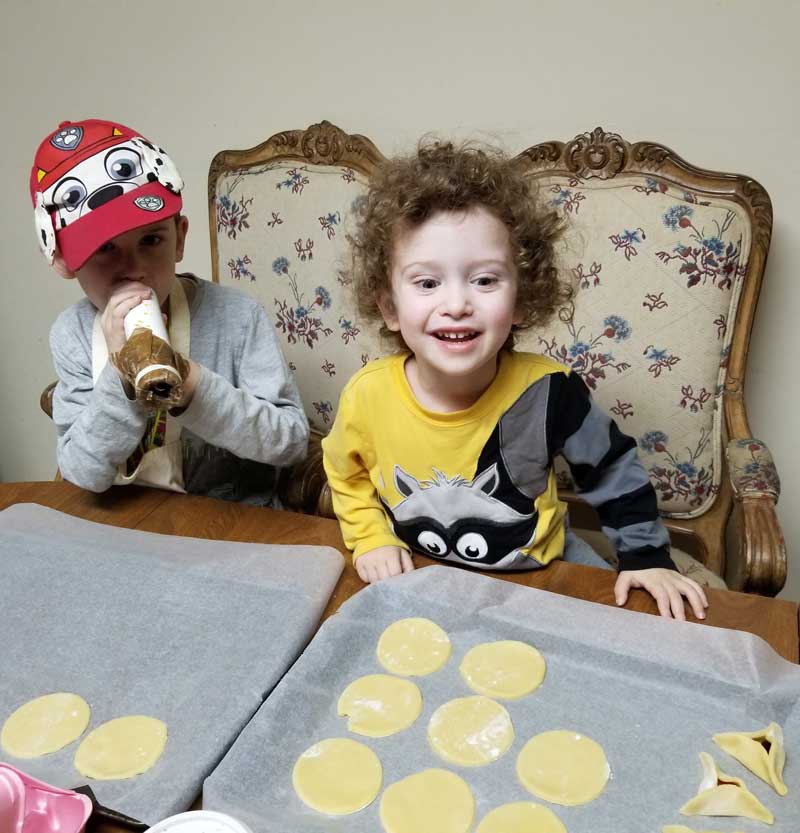 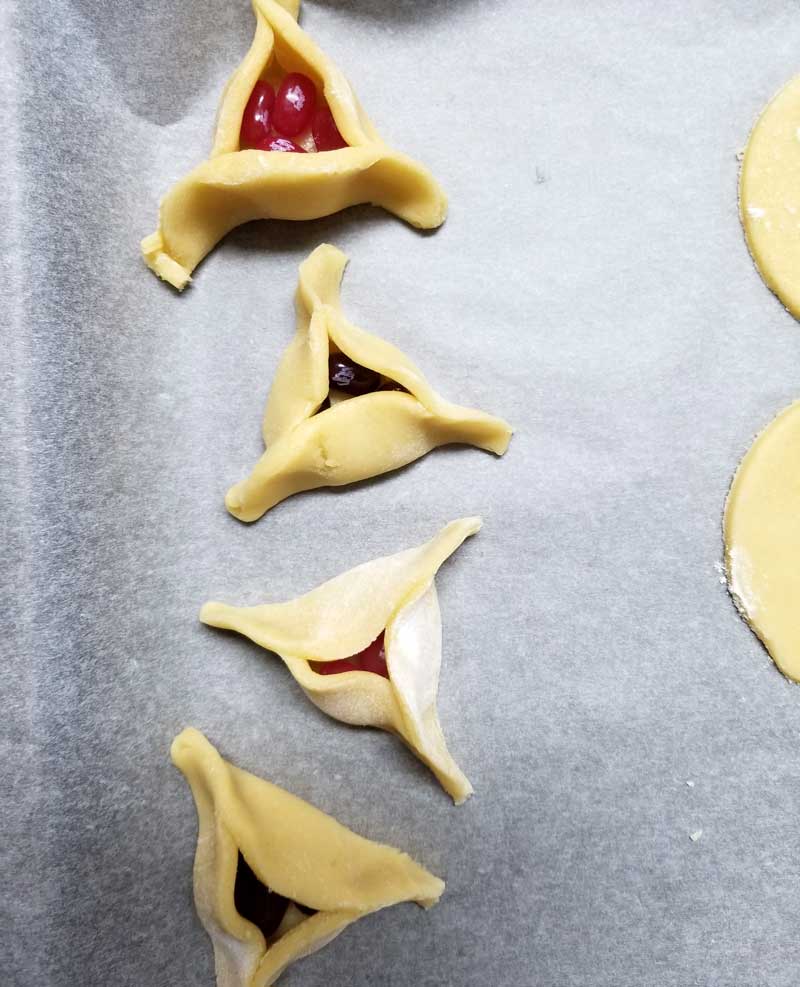 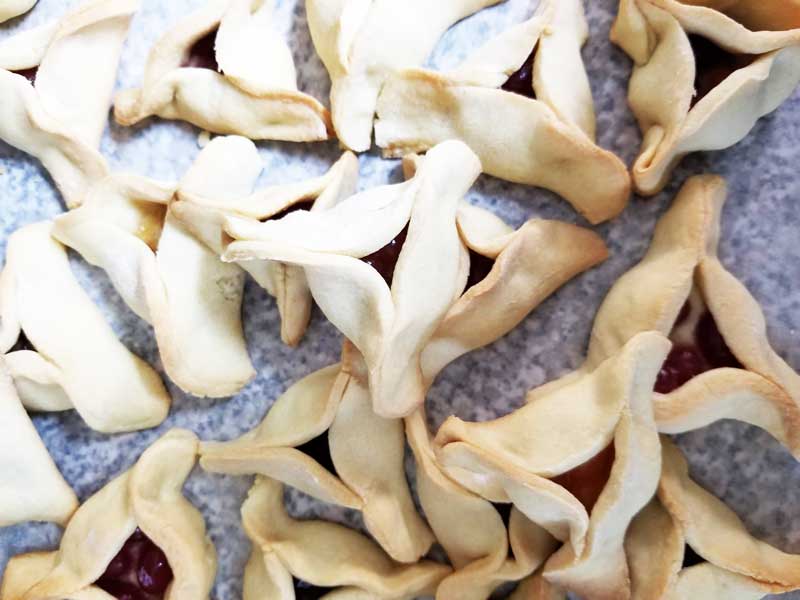 The bottom line? Jelly Belly Hamantaschen are a huge hit, especially with kids or candy-lovers around. It’s an inexpensive filling (especially if you get the bulk packs…) and easy for kids to participate in.

Have you tried Jelly Belly hamantaschen? Which fillings do you use? Comment below!